Founded in 1958 in San Diego, CA, Concrete Contractors Interstate (CCI) specializes in concrete construction and general engineering. Our team is committed to our clients’ complete satisfaction, so we take care in balancing cost-effectiveness, outstanding quality, dependability and timeliness on every project.

CCI was formed in Brighton, Colorado by Harold Baumgartner. His competitive, entrepreneurial spirit pushed the company to flourish through hard work and his insistence on maintaining the highest standards of quality on every project.

By 1987, Harold’s son, Russ Baumgartner, a civil engineer, started the California offshoot of CCI in San Diego. In its new environment, CCI’s greatest strength was – and still is today – the ability to effectively address changing conditions in a diverse marketplace, build solid partnerships in the community and deliver a quality product.

When CCI’s General Engineering division was formed, the company’s growth was accelerated by way of public works projects. Since then, CCI has been one of the most respected concrete contractors in San Diego County. Currently, CCI specializes in podium decks, structural retrofit, decorative flatwork, architectural concrete, and turnkey street improvements.

In 2013, Russ made his mark in the industry by pioneering a patented tilt-up retaining wall system called Fast Tilt. The Fast Tilt system combines the speed of tilt-up construction, the economy of cast-on-grade and the aesthetics of decorative flatwork for a structurally sound, visually pleasing finished product. The Fast Tilt system, formerly known as iCON Wall System, went on to garner recognition by winning first- and second-place awards at the Decorative Concrete Council Awards in 2015 as well as first place at the ACI awards in 2014.

Russ and his wife, Jo Baumgartner, have worked continuously to embrace innovation and emerging technology. By periodically auditing, updating and defining CCI’s processes, they’ve been able to outperform competitors and offer an ever-evolving diverse set of services. 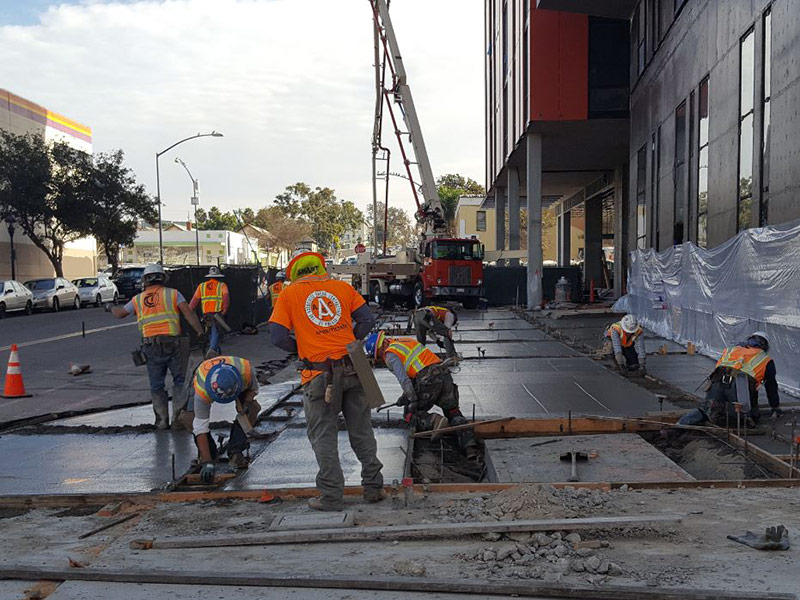 To ensure the continued success of our company and each individual employee, it’s crucial that we preserve the trust placed in us by our customers, vendors and each other by consistently operating in accordance with the following core values:

We insist on operating with the highest possible level of integrity and respect in every interaction, every day. We believe this reinforces healthy relationships between our employees, customers and vendors.

It’s crucial to us that we earn the trust of our customers as well as each other every day, on every project. To do so, we maintain transparency and honesty in all of our interactions, without fail.

Safety is our culture; it is ingrained in everything we do, even when nobody is looking. We are adamant about continuous safety training, transparent safety policies and holding ourselves and one another accountable through feedback and reporting systems.

To ensure the complete satisfaction of our clients, our team strives to provide the best value while meeting our high standards for quality and cost-effectiveness.

CCI provides ongoing personal and professional development opportunities for our employees, and as a company, we strive for excellence in our processes, materials and training.

As a company, CCI is committed to delivering a quality product on time and on budget. We believe that each project begins with a vision and our mission is to bring it to life whilst respecting the resources behind the project. 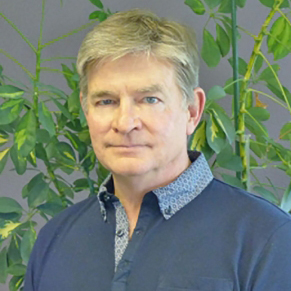 Russ was taught general engineering, the concrete trades and good business practices by working in his father’s company, Concrete Contractors Interstate of Colorado. Russ’ father started CCI in 1958 in Brighton, CO, and within 17 years turned it into a transit mix corporation, a sand & gravel corporation, and a concrete ready-mix plant. In addition to developing a strong work ethic and skill set, Russ inherited a true entrepreneurial spirit from his father. Russ earned a degree with honors from the Civil Engineering School of Colorado State University at the age of 22.

By the time he was 26, Russ opened a branch of CCI in San Diego, CA. In 1986, Russ’ branch of Concrete Contractors Interstate began operating as an independent corporation. Over the decades, Russ has shaped CCI into a dynamic business with specialized departments that could each stand alone as an independent company. Always focused on the progression of CCI, Russ ensures the company is always leading the industry by developing proprietary concrete systems and patenting the innovations, while also launching an in-house research and development lab to further establish proprietary-aesthetic concrete systems. From apprentice to project manager and foreman to president, Russ has truly held every position imaginable and is a leader in the concrete construction field. 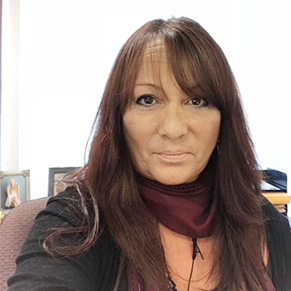 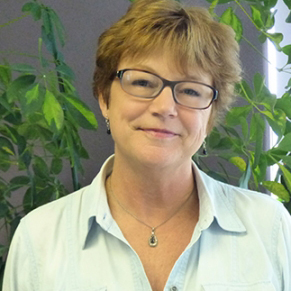 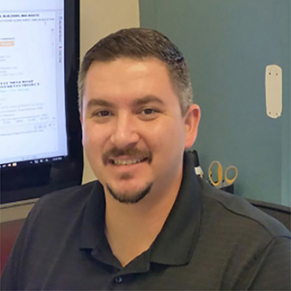 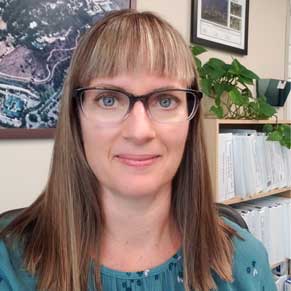 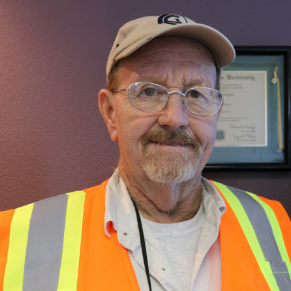 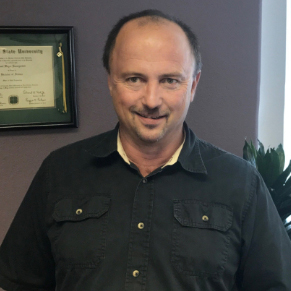